50 miles wasn’t something I ever imagined running.  Walking, hiking or shuffling perhaps…but not running.

I entered the South Downs Way 50 race in a spate of excitement about ultra running spurred on by colleagues and friends (including the entry for the Marathon Des Sables 2018).  By July 2016 I had signed up for a marathon in November, an eighteen miler early in the New Year, the South Downs Way 50 in early April and the MdS in April 2018.  Plenty of time to train and prepare…

March arrived with very little training having been done and a series of niggling injuries (probably related to too little training).  I squeezed in my 3 mile run each way to the station in the morning and managed a few longer runs of 18 and 20 odd miles.

Race day philosophy – in this order:

The 11th of April was a beautiful day with not a cloud in the sky as we gathered in Worthing.  This was the point I should have said to myself “you’re going to be running in this all day, how about some sunscreen” but no that penny didn’t drop until about halfway.  The start and first few miles were a very steady slog up onto the downs and along the ridge over some of the best scenery of the day with great views all around to the south coast and to the north.  My main aim at this stage was not to upset the groin injury I’d been carrying too soon in the race and try to keep up with people who looked like they knew what they were doing (this isn’t a good strategy). 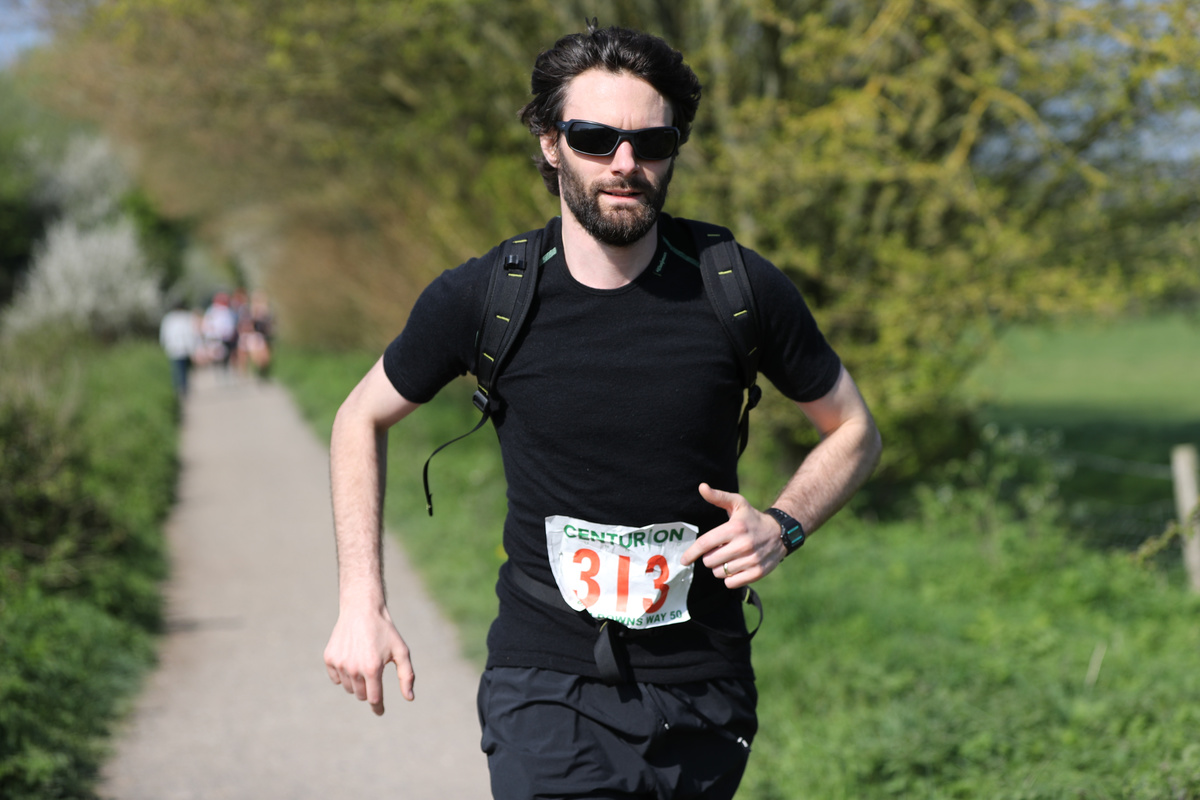 There was one woman (she looked like she knew what she was doing) who had a metronomic stride.  I went past her a few times but she came back with the same constant foot fall every time until she finally dropped me for good.

The halfway or marathon aid station came and went during the hottest part of the day.  I started to get a feel for what I liked to eat (watermelon and oranges – Yes, sausage rolls, stale cheese sandwiches and energy gels – No) and that taking in enough salt / electrolytes was critical.  The electrolytes were remarkable and changed, almost instantaneously, my sloshing and sick feeling stomach into something that felt stable and strangely tight.

As the late 30 and early 40 miles arrived running became an issue for stiff muscles.  I began hoping the next section was uphill so I could hike instead of running.  The checkpoint at the Church in Alfriston was a welcome break.  Water refills, oranges, watermelon and electrolytes and I was off with the Baywatch theme booming from the checkpoint speakers.

I took to grasping a 500ml water bottle in one hand and attempting not to swing that arm while running.  This didn’t do too much for my running style – another thing I wouldn’t recommend, but better than being dehydrated when you can’t reach the water in your pack and can’t be arsed to take it off.

The Trig point at the top of the final climb was a welcome sight and now for the long slog down to the running track through the seemingly never ending streets of Eastbourne.  I eventually made it to the running track, did my obligatory loop and completed the race in 9hrs 21 mins. 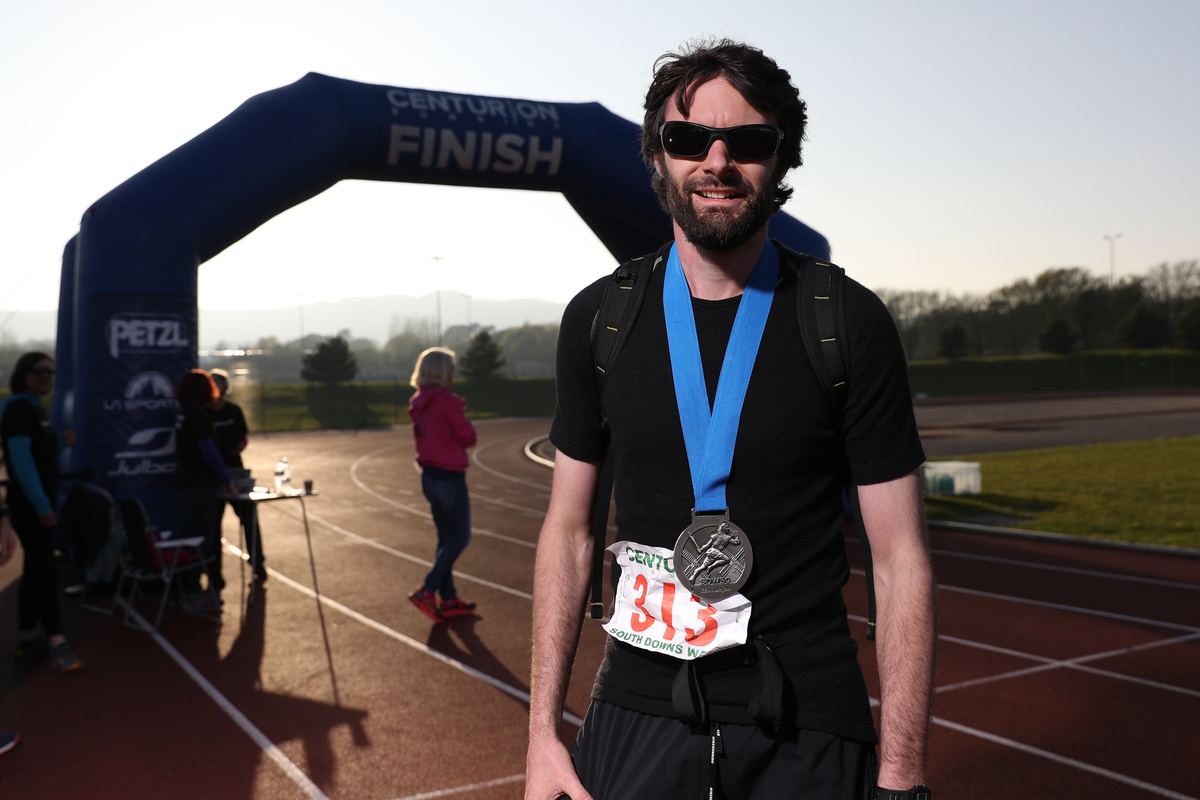 The South Downs Way 50 was a good experience, a long day and pretty hard at times.  The worst part in the days after was the sunburn, but luckily it was only half my body as we went west to east all day!

A few very simple lessons learned for the next ultra outing:

You can read the official race report here: http://www.centurionrunning.com/reports/2017/sdw50-2017-race-report

If you’d like to follow our progress towards the unforgiving sands of the Marathon des Sables, along with other adventures and challenges from others, then simply click this link or sign up in the box on the right hand column