Our man Duffy has really continued his run of form in the Marathon des Sables with a strong performance in the long day.

Back in December, when on a training hike in the very un-Saharan like temperatures of the Cairngorms, we discussed possible strategies for the event and Duffy reckoned that conserving energy during the hottest part of the day, just ticking over the miles, would allow him to may hay while the sun stops shining. He seems to have taken these tactics to the desert, keeping an easy pace until Checkpoint 3, at which point he stuck the afterburners on and rose 40 places in the rankings. Between there and Checkpoint 7 he chipped away at the competition, rising to 73rd and once that last milestone was cleared he did just what I expected him to and pushed again, rising higher still to finish the day in 62nd place, which puts him in 35th overall, with one marathon left to go. 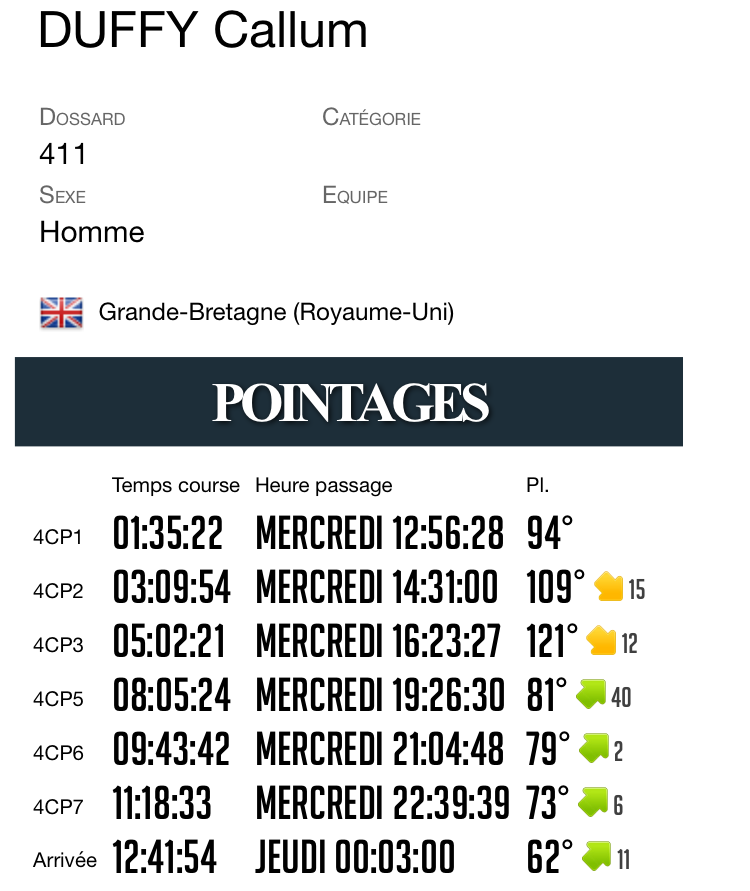 To finish in the elite group would be truly spectacular, especially for a runner who doesn’t train with a club, doesn’t generally compete in the athletics scene (but wins medals when he does) and whose shorts are of normal length. He’s also a bit too tall for the ideal runner’s build, standing at about 6’1″. Yet what he possesses, a trait both born and bred in him by his parents and honed through years of testing challenges, is a mental endurance far superior to the vast majority of people. In short, he will go, always a little further.

Rob is a chubby, out of shape bloke who spent a lot of time in Sub Saharan Africa peering down well shafts. He is not suited to running long distances.