The information you actually want, without having to read my chat. 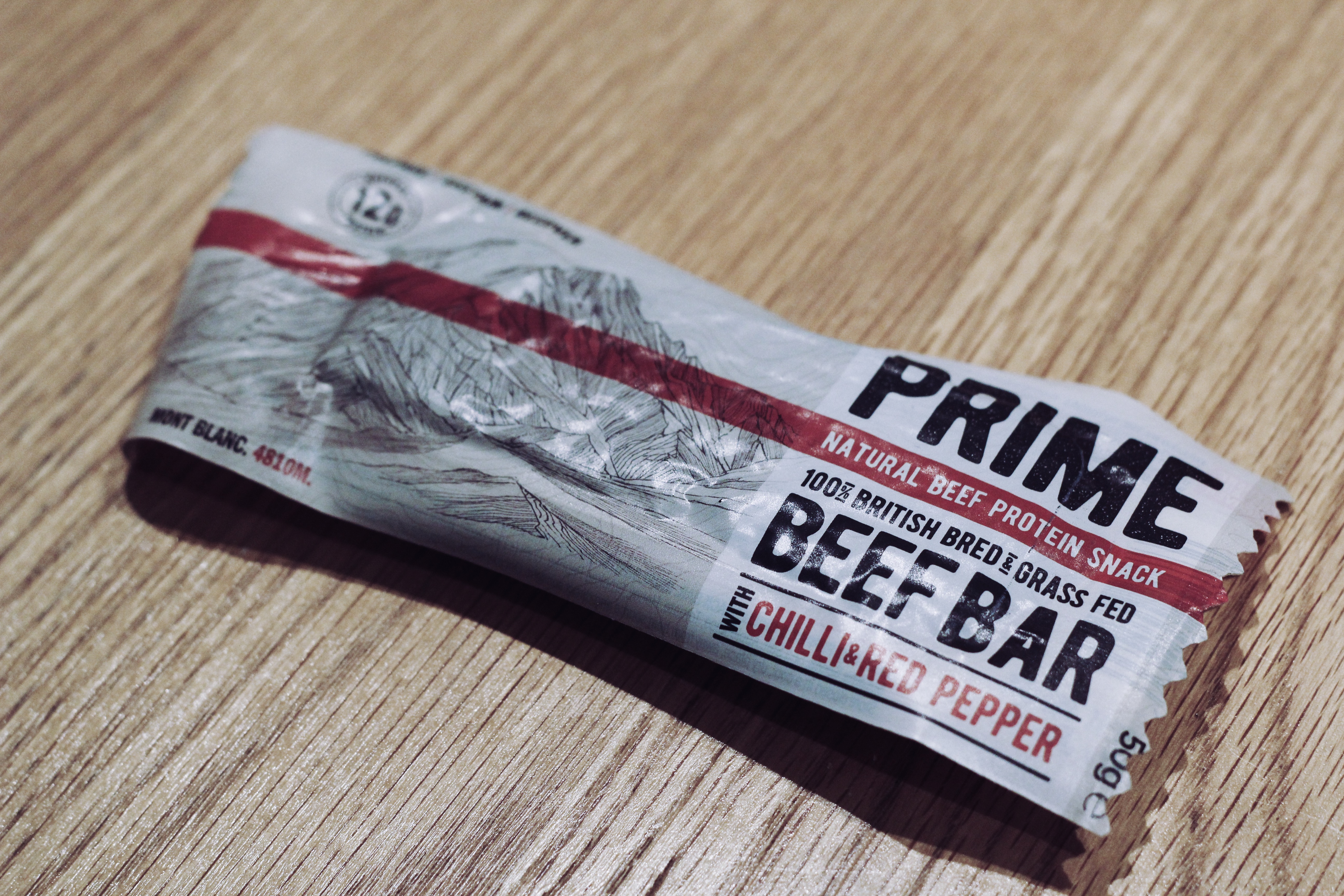 I am a cynic. Generally, but especially cynical when it comes to any form of “sports” food.

Having been a child of the 80s my role models were mined from a rich seam of action movie stars. It was all pithy one liners badly delivered in European accents and infeasibly massive machine guns shot from the hip. It was, so lovingly referred to as, the Golden Age of the Bicep.

So naturally I spent a lot of time heaving tin about trying to produce Swarzen-van-stallone level arm cannons. It was fun. But I never felt compelled to jump on the bandwagon that so many of my meathead contemporaries did. I do not do protein shakes.

I admit I was tempted. When a washing machine sized drum of “strawberry” milkshake sits there calling to you, telling you that it will build you into an adonis, it’s hard not to be drawn in. The Nesquik of the Gods perhaps. But this was undone by two things; 1.) I tasted some and it was in no way Nesquik. It was pink, lumpy fart in a glass; and 2.)  a doctor I know had the general hypothesis that all these shakes would give you was very expensive urine.

The latter because the normal human diet contains more protein than the body can absorb and therefore any excess is passed out in the urine stream.

But I have recently had something of a conversion, for two reasons which directly mirror the reasons why I didn’t touch sport nutrition products; 1.) they taste good now; and 2.) my diet is not the carefully considered three square meals which it once was. Being a parent means leaving little time for yourself and so a slice of toast grabbed on the way out of the door in the morning may constitute breakfast. Trying to lose weight means overall calorie consumption is down but so is protein intake. Trying to lose weight and recover at the same time is tricky and that’s where high protein, tasty food comes in. Plus, I read that protein makes you feel more full so is actually a good tactic for avoiding the urge to get stuck into calorie dense carbs.

Which brings me to Prime Bar. So often I tend to turn to biltong or pepperami to get a tasty, meaty hit of the good stuff. These are great, but eating biltong can be like trying to eat dried leaves, tiny little flakes that can be hard to eat when hands are frozen. Prime Bar are kind of the solution to this.

The two lads (Fred & Luke) who set up the company are ultrarunners themselves and, like all good businesses and products, they couldn’t find the product they wanted to meet their needs so they set about making it themselves. Luke had butchery in his family heritage and so bringing 100% grass fed beef bars to keen customers was a logical and achievable step.

But really, all that matters to most of you is, do they taste like your grandad’s fermented jockstrap? Breath easy friends; they taste superb. I tried the Chilli and Red Pepper bar and it is delicious. Essentially, it’s like eating a really good chilli con carne, in a bar. The spices are there but not ballistic. In multi-stage events you’re going to want something that stimulates your pallete to avoid boredom but which doesn’t require you to hose down your water supply to quench the flames. This nicely strikes that balance.

Also, surprisingly, the bars are much softer than you’d think. Looking at it, I assumed it would be a hard, compressed bar, sort of like biltong. It’s more like gently compacted mince (ground beef for you North American types). So it is really easy to eat. Now I understand there is an irony to ultrarunners finding chewing tough, but if you are eating a whole bag of biltong, the jaw muscles start to ache. So something you can wolf down in a quick break is a real bonus. 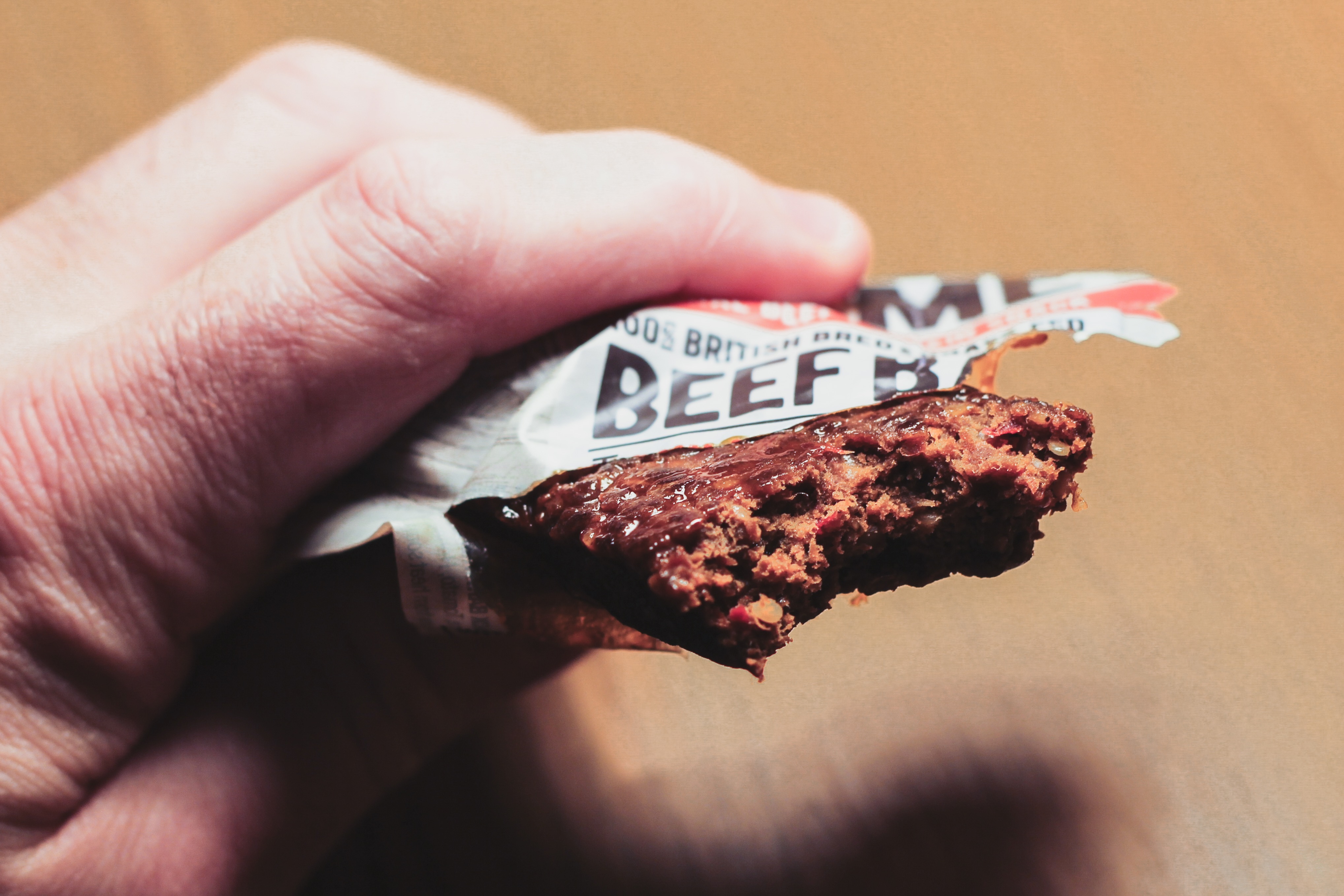 So I will definitely be taking some of these on training runs and, assuming I make it to the start line of the MdS without injury, I’ll be packing them for the desert too.

Of course, they’re equally welcome on a baltic day at Murrayfield as well. You don’t have to be doing an ultra to eat them. Plus it’s better than taking out a bank loan to buy a melancholic circle of burger hiding between two buns for the cost of a small country – such as is the usual experience.

“£5 for some chips?! What are they fried in, the tears of bloody angels?!”

Ah, and so I end on a note of cynicism once again. Thus the natural order is restored.

Rob is a chubby, out of shape bloke who spent a lot of time in Sub Saharan Africa peering down well shafts. He is not suited to running long distances.